The results of a 2 year independent study in the USA have confirmed non-plastic, biodegradable alternatives like BioBags help prevent plastic pollution.

The Better Alternatives Now report found BioBags completely disintegrated on land within 6 months and in the ocean within 2 years. A recent study by the UK’s University of Plymouth has found compostable bags biodegrade in marine environments within 3 months in the presence of oxygen and microorganisms. 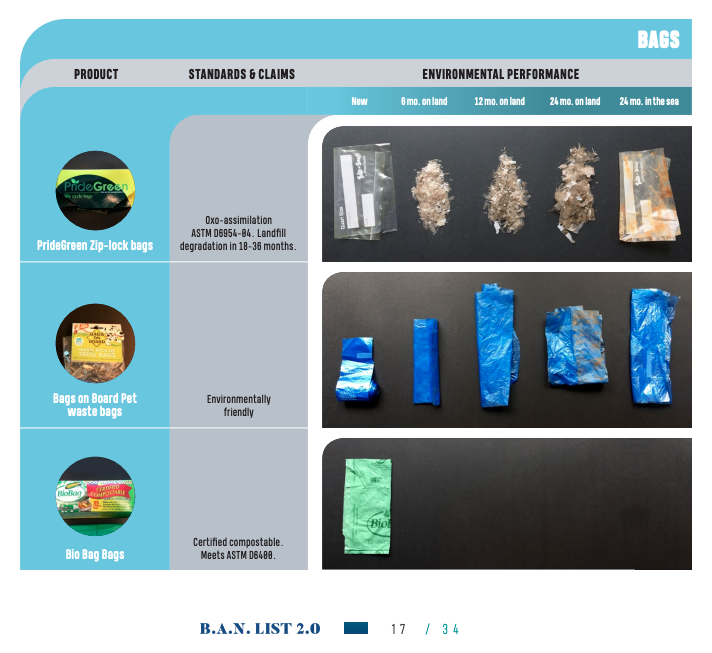 The USA study examined what happens to a range of bioplastic products and packaging when they enter the environment – in the ocean, on the side of the road and in a residential compost bin.

Four sets of BioBags were tested – one in a backyard compost box for 6 months, a second for 12 months, and the last for 2 years. The composting environment was an open-air box, with the items placed in clay flower pots, and then buried 6 inches and left untouched in the composting bed until recovered. This served as a stand-in “best case” scenario for if a BioBag was littered on land and was in contact with soil. It was not meant to simulate an actively managed and turned home compost system or an industrial compost environment. The fourth set of BioBags was submerged under a dock in the ocean for 2 years.

This confirms BioBags completely break down into harmless organic matter within 6 months on land and within 2 years in the ocean.

The study also tested traditional polyethylene bags and oxo-biodegradable bags following the same method. Both types of bags remained intact in land and sea environments over the 2 years and did not degrade.

BioBags are made from a compostable resin called Mater-Bi which is subject to ongoing product development in Italy. The Mater-Bi biodegradation report, supervised by the Italian Institute of Plastics, also confirms BioBags disappear quickly in marine environments. 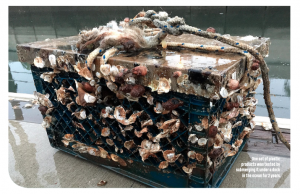 32% of the 78 million tons of plastic packaging produced annually is left to flow into our oceans – the equivalent of pouring one garbage truck of plastic into the ocean every minute, according to a study undertaken by the World Economic Forum.

The critical role of innovation as a solution to plastic pollution is discussed in the Better Alternatives Now report which states:

The report also called for fossil fuel based plastics to include more recycled content to foster a circular economy.

It also highlights the real costs of plastic to human health and to the economy.

Learn more about how BioBags break down in natural conditions including marine environments.

The New Plastics Economy – Rethinking the future of plastics.