This report on mater-bi-bioplastics-crops explains the impact of bioplastics on food production is minimal, approaching zero.

The Mater-Bi resin used to make BioBag products is a compostable bioplastic subject to ongoing product development in Italy. Mater-Bi bioplastic is part of the Novamont biorefinery project. The philosophy behind this project is the creation of an agro-industrial system that is fully sustainable environmentally, economically and socially. The corn starch Mater-Bi contains is not genetically modified and is grown in Europe with traditional agricultural practices. The vegetable oils used for the production of the main raw materials come from non-transgenic crops other than palm and soya which require minimal irrigation.

The report also explains the effect of the cultivation of corn on the planet’s water resources.

A recent report by Wageningen Food & Biobased Research (Bio-based and biodegradable plastics – Facts and figures, 2017) calculates that “even if we would base all present world-wide fossil plastics production on biomass as feedstock instead, the demand for feedstock would be in order of 5 percent of the total amount of biomass produced and harvested each year”. Yet, such scenario is unlikely to happen since the bioplastics industry is also looking into the use of non-food crops (ligno-cellulosic feedstock) such as wood, straw and waste products as well as side streams of the agro-industry for the production of bioplastics. Using an increased share of food residues, non-food crops or cellulosic biomass could lead to even less land needed for bioplastics than the numbers given above. 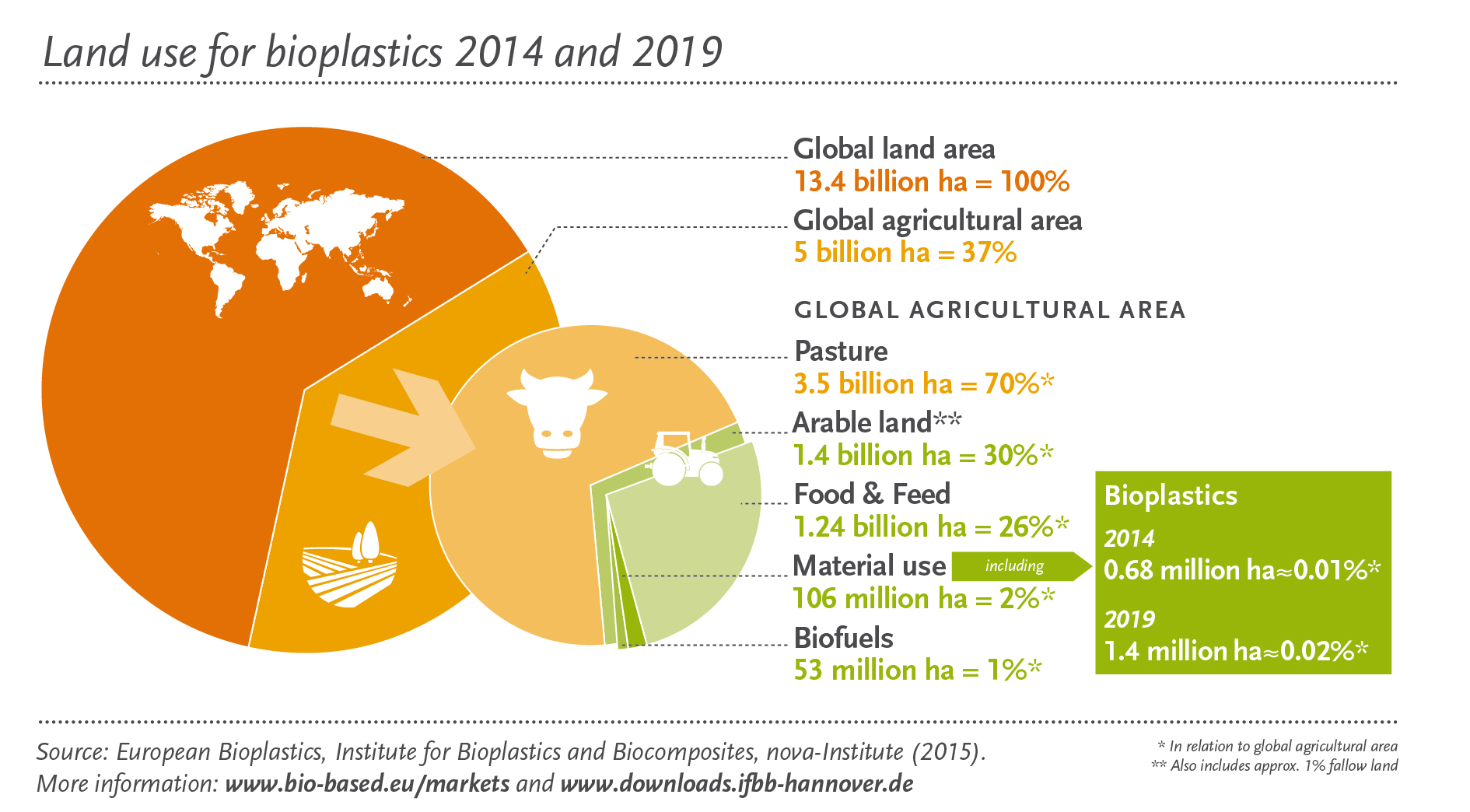